8   
Bee-Licious Buzz Talks January 19, 2019
I can’t remember a time when there wasn’t a jar of yoghurt (kiselo mliako) on our family table! However, I don’t think we ever bought yoghurt from the supermarket, as we always used the cultures from our previous batch of homemade yoghurt to make more. As a kid I used to love visiting the little family farms in the local villages of the Rhodope mountains. There, we would buy some fresh (so fresh it was still warm!) milk from the happy cows (well, they always looked they were smiling to me when I was small!), who graze freely around the village pastures all day long. My mum would then heat the milk on low temperature until boiling, to pasteurise it. We would then use some of the milk to make our handmade yoghurt. 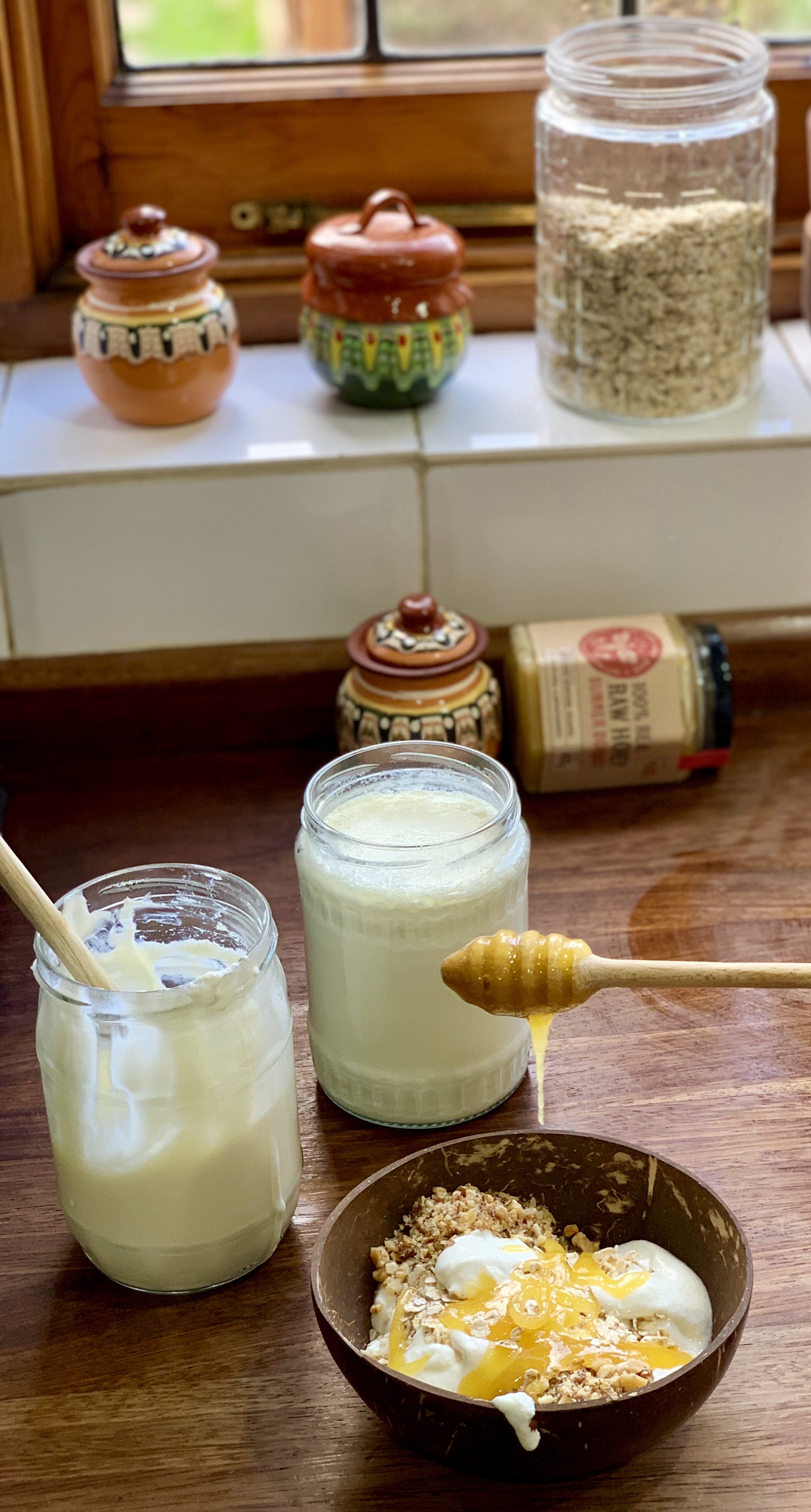 Bulgarian yoghurt is unique as it is the only one of its sort that contains these two types of good gut bacteria: Lactobacillus Bulgaricus and Streptococcus Thermuphilus.

These two bacteria work together, in perfect harmony, causing the fermentation process by feeding on lactose, the sugar in the milk, and producing lactic acid. This gives the yoghurt its thick, creamy and full-bodied texture. Scientific research suggests that the resulting good lactic acid bacteria deters the growth of proteolytic bacteria, which can produce toxic substances and cause ageing. As a child I heard a lot of stories about elderly people in their 90s, still living actively and happily in the Bulgarian mountains. I now wonder whether their longevity and great health are due to the miracles of the natural homemade yoghurt.

Lactobacillus Bulgaricus was first discovered by the Bulgarian scientist Dr Stamen Grigorov in 1905. This bacteria strain originates and multiplies in Bulgaria only, as the country seems to be the only environment in which it can maintain its unique qualities through future generations. The bacteria is exported and can exist in other countries too, however its qualities diminish overtime, when living outside its own ambience.

Bulgarian yoghurt is a great addition to a healthy and sustainable diet. We love it with porridge oats, some crushed walnuts, and (of course) honey, for breakfast or a healthy afternoon snack. 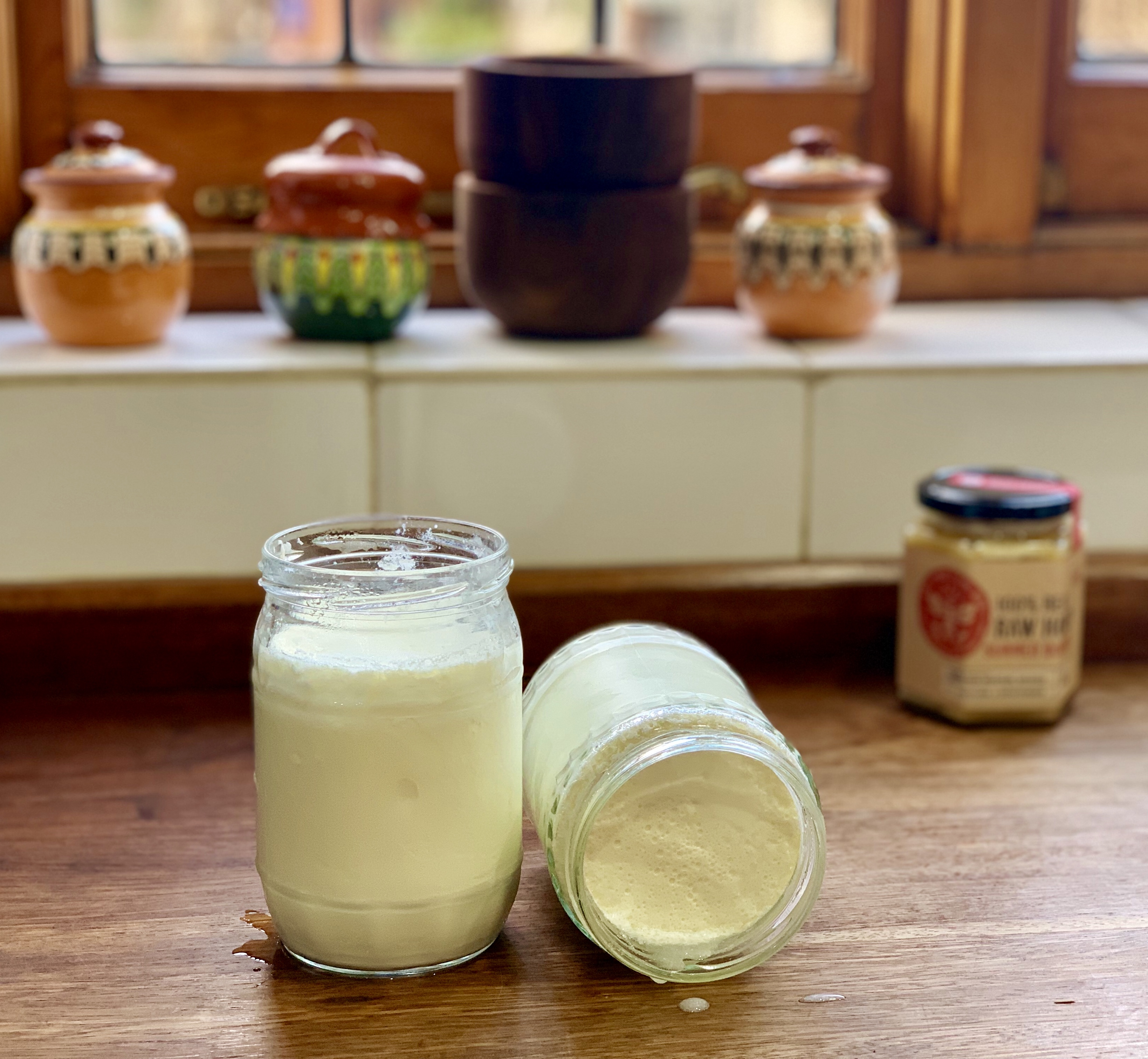 Full fat organic milk
Starter cultures from the previous batch of homemade yoghurt (or imported Bulgarian yoghurt)
Note: To start with the process, you would require starter cultures from previous batch of yoghurt.
If this is the first time you are making Bulgarian yoghurt, we recommend
that you buy imported high quality Bulgarian yoghurt and you use its cultures. There are a number of Turkish and Eastern European shops in London that sell it.
PREPARATION
1. Pour the milk in a saucepan and heat until reaching a boiling point
2. Remove the milk from the heat and set aside to cool down to 40-45 C (using kitchen thermometer). Another way of checking the temperature is by dipping your little finger in the milk, ensuring that you can hold it in, until you count to ten, without feeling hot.
3. Pour the warm milk in each jar (we use 58cl/20.40oz jars) 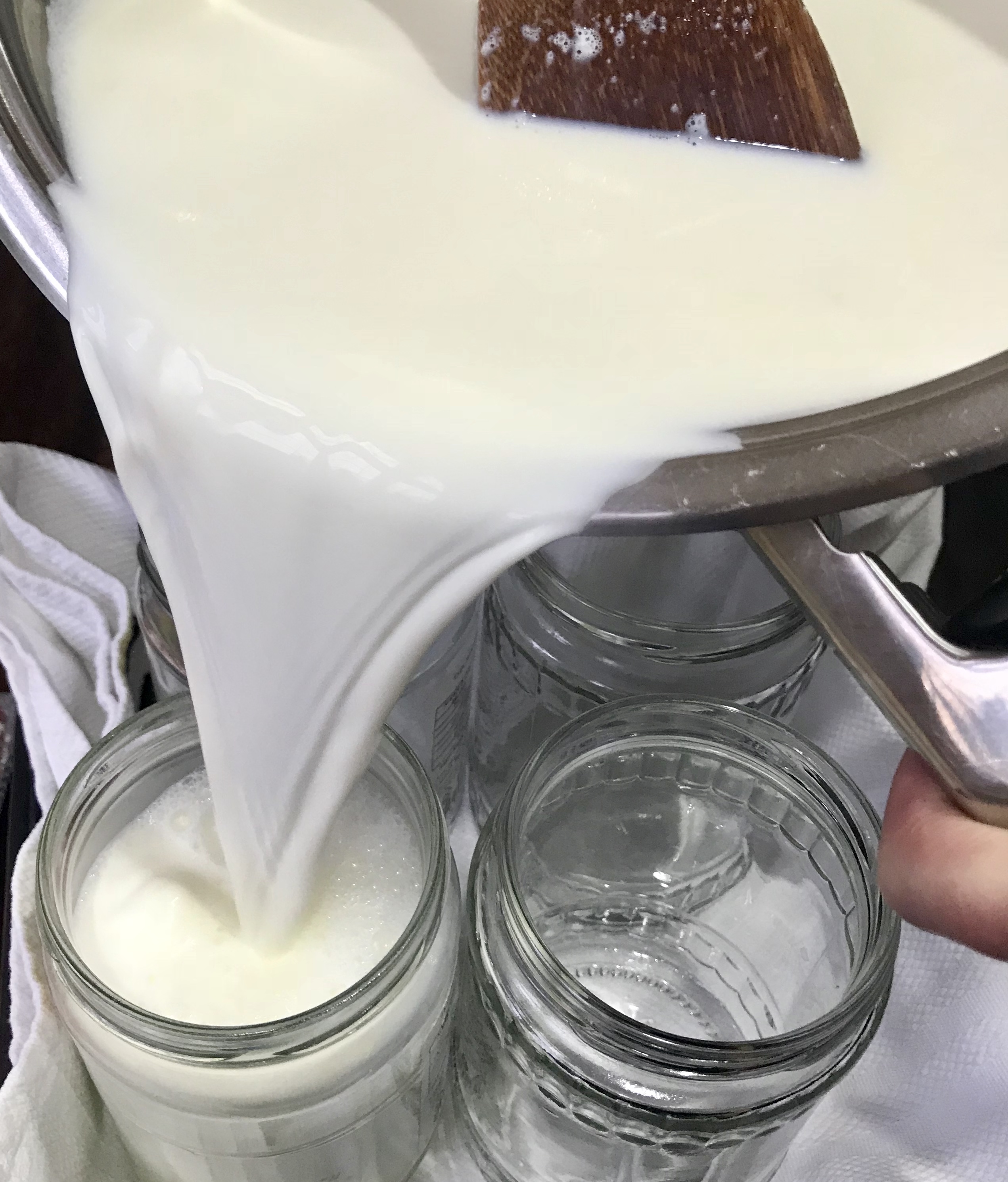 4. Separately, stir the yoghurt that you are using for the starter cultures

5. Put 1/2 of a tsp of the starter cultures yoghurt in each jar 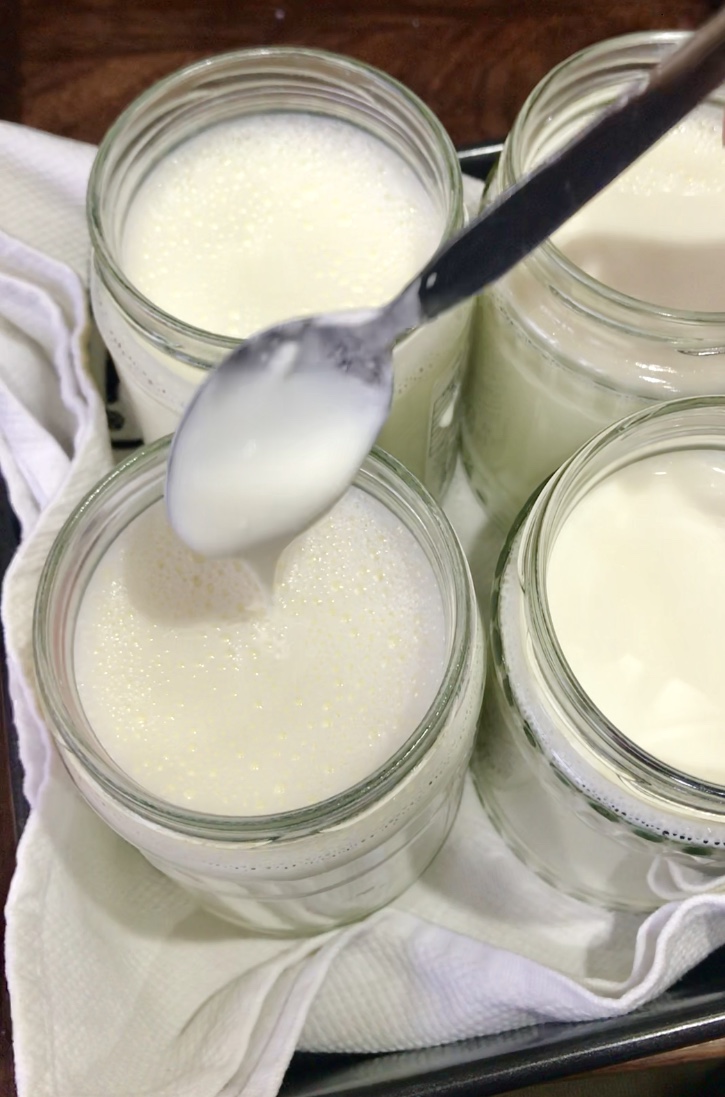 6. Put kitchen towel on each jar (to absorb the moisture) before screwing the jar lids 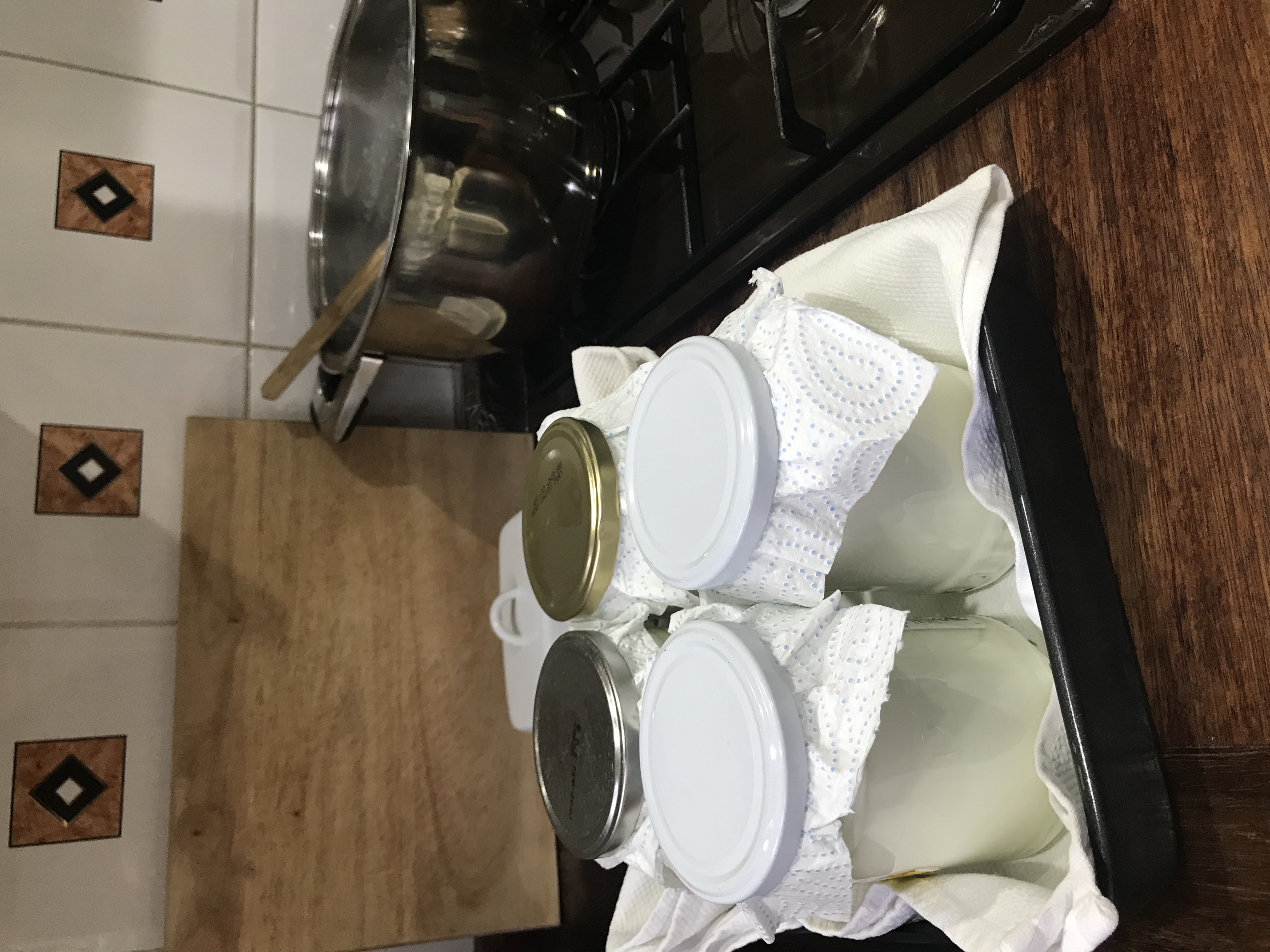 7.Wrap up the jars warm with a tea towel or a blanket and leave aside for 6 hours

8. After 6 hours, place the jars in the fridge 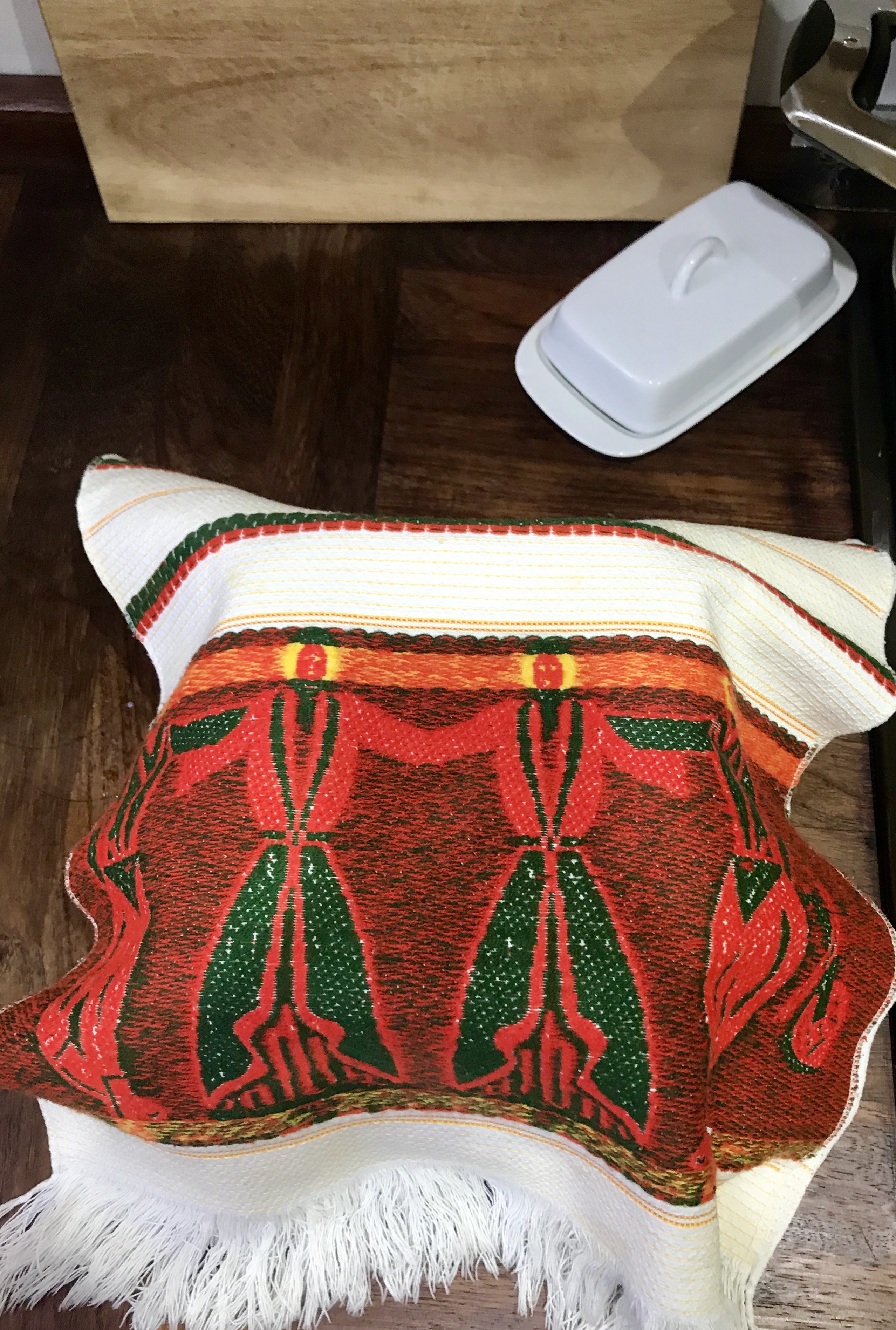 I haven’t had a snickers bar in years (my husband still calls them Marathons!). However, I still remember the time…

I have just harvested these beauties in my homegrown garden. I love beets, they inspire a sense of grounding, security,…

This beautifully flavoursome drink was inspired by my friend Nora, a ‘keep-fit’ enthusiast, who I admire for her continuous perseverance…

Loving autumn colours, soft, warm, and really comforting like our HONEY AND GINGER BITES. Their beauty is in their simplicity…

What a great sisters team effort in the kitchen. We loved experimenting with the freeze-dried raspberry powder. It is amazing…

I couldn’t have introduced ‘the creme de la creme’ of the pastry world in a better way! This unique and…

Christmas won’t be the same without the pleasure of an innocent mince pie. They are so desirable during the festive…

I love my mum’s homemade recipes, mouth-watering, delicious wholesome wonders (refined sugar free!!). This time, we both decided to create…